Houte Couture Paris will happen from the 5th of July to the 9th of July. It will gather some of the best names in the fashion industry.

My Design Week provides the official schedule of the event that will start in four days: 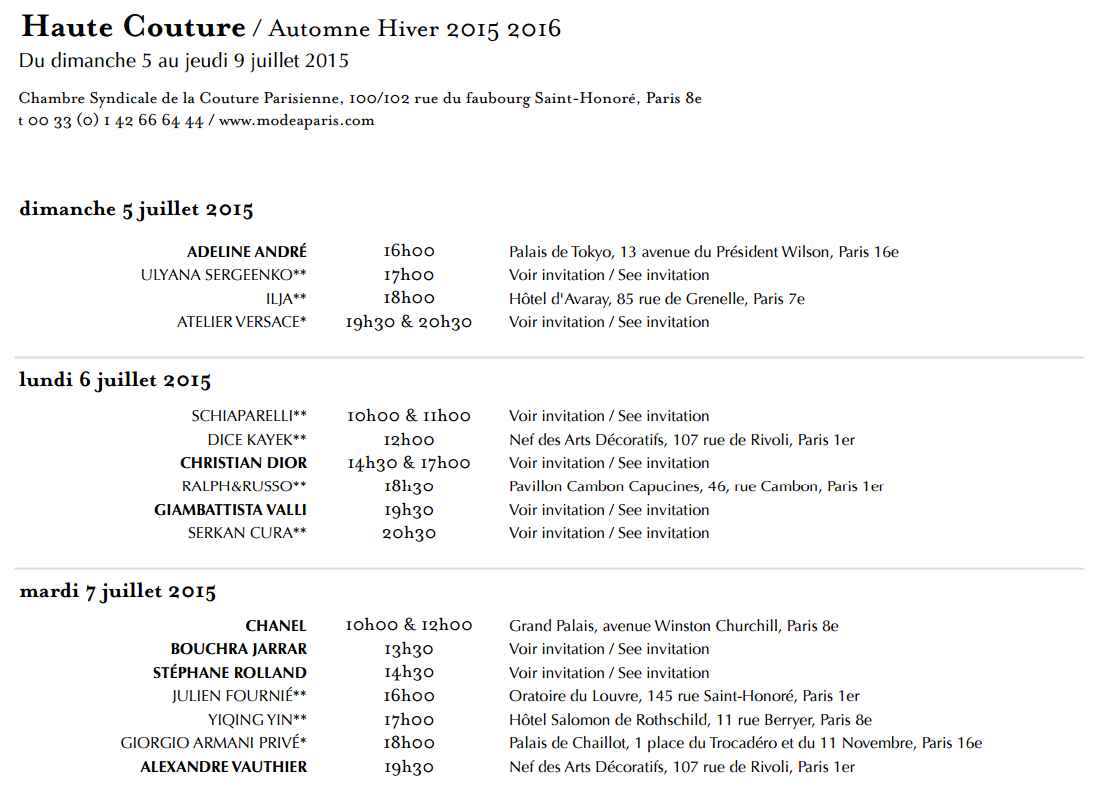 In the meanwhile for inspirations, let’s revisit some of the best moments of Houte Couture Paris that happen in January:

In this show you can see all the trends that are coming next year, also the palette of colors that are going to rule each season. This July edition of Houte Couture Paris will be a must-go, for sure!

Keira Knightley wearing Chanel My Design Week is starting a new segment: the style report. And today we feature Keira Knightley, always immaculately dressed. She likes ‘big name’ designers like Burberry and Chanel. Our Pirate of the Carabean‘s style is feminine, eclectic and elegant. Have a look and let me know. Cute as a button – Keira…